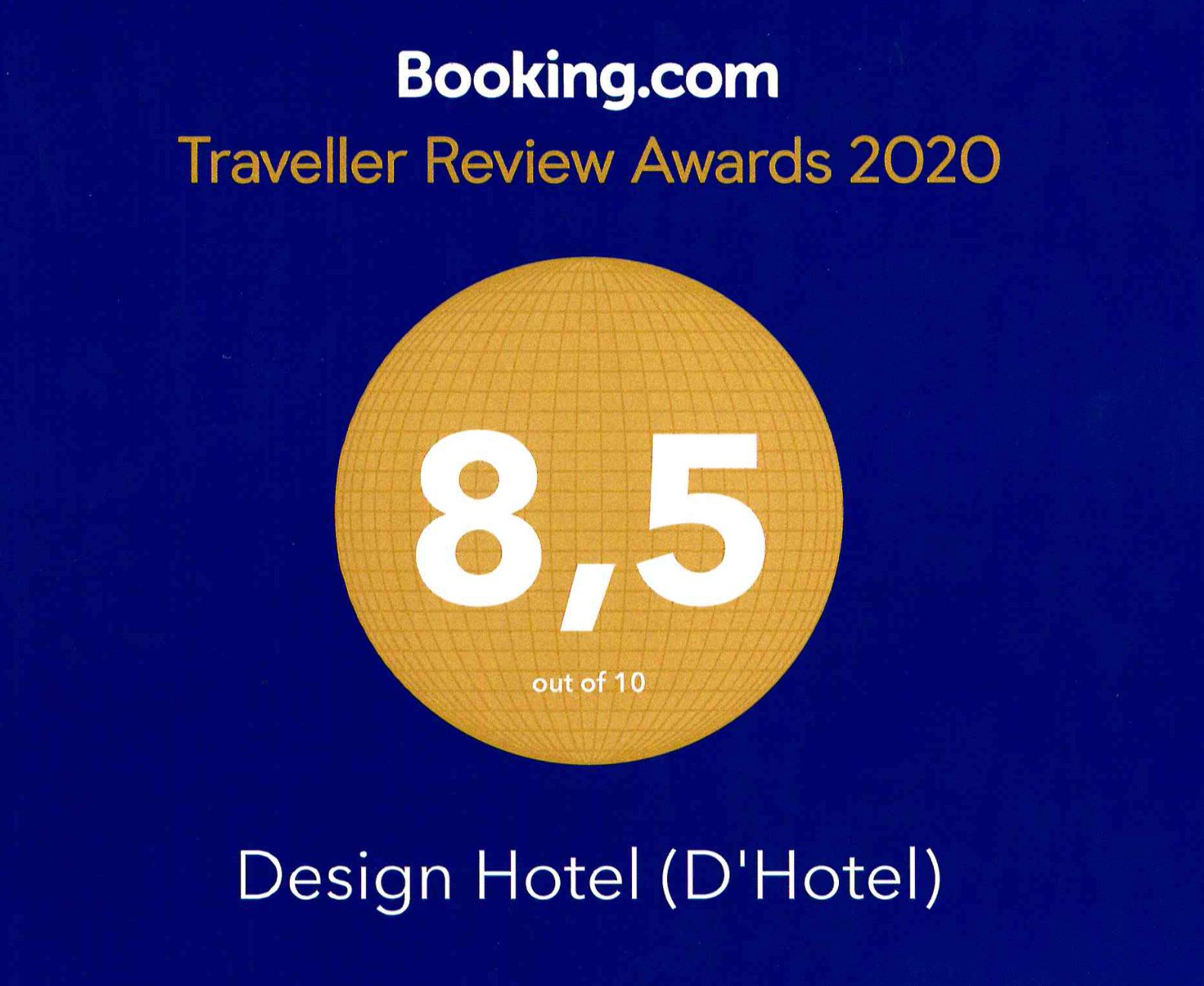 Each rating has a real impression. Real smiles. Real emotions. Real memories that remain for a long time.

When guests leave excellent reviews over and over again, this is a real reason to be proud. Indeed, regarding to the constant care and attention to guests that have an unforgettable experience.

We are infinitely glad that our work is appreciated by those whose opinion is of the utmost importance - by our guests.

Emergency measures due to corona virus. 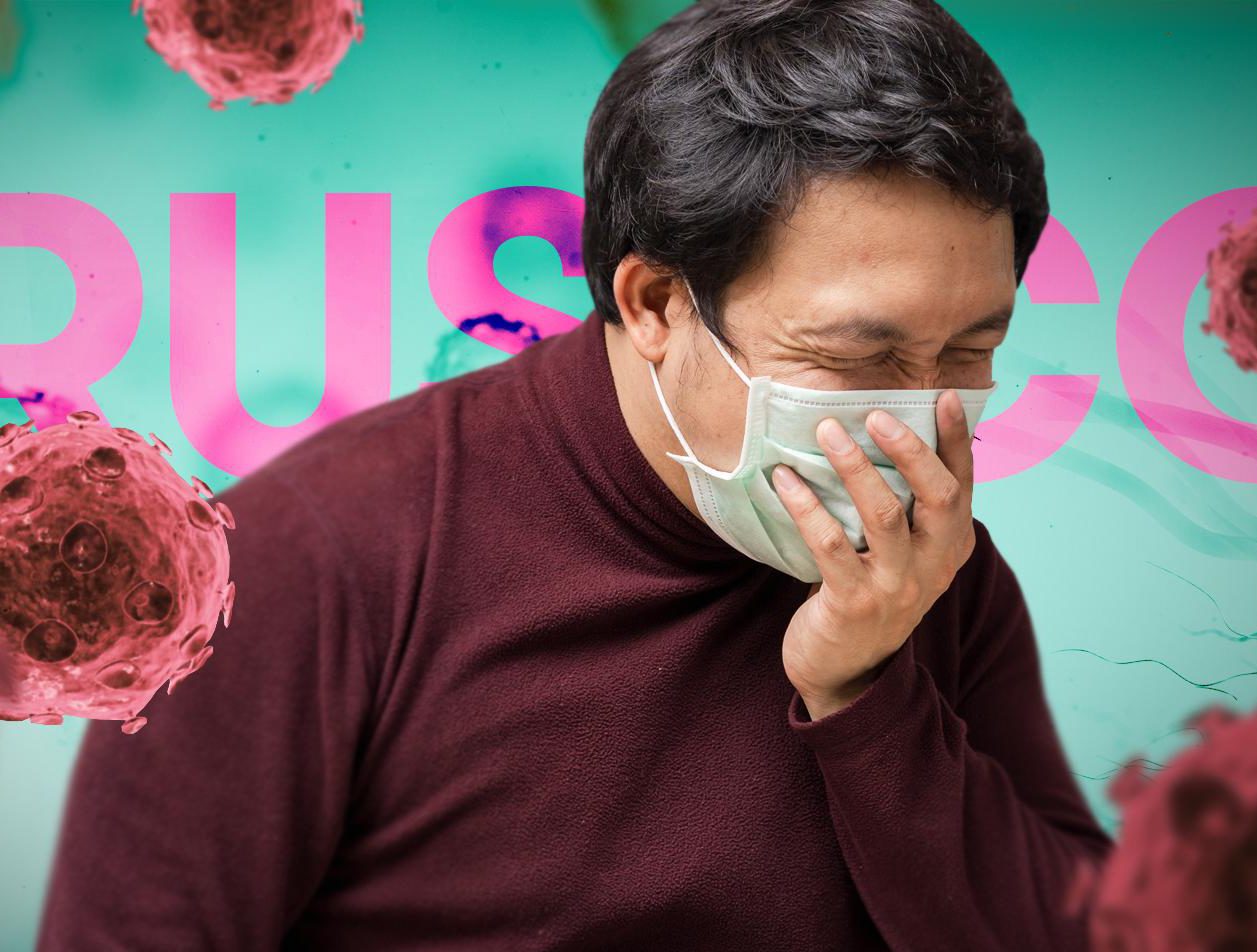 We are forced to take measures against tourists arriving from countries that are unfavorable due to coronavirus infection.

We inform you about the impossibility to accommodate guests from China on existing reservations, as well as newly made reservations at D Hotel.

We sincerely apologize and hope for your understanding. 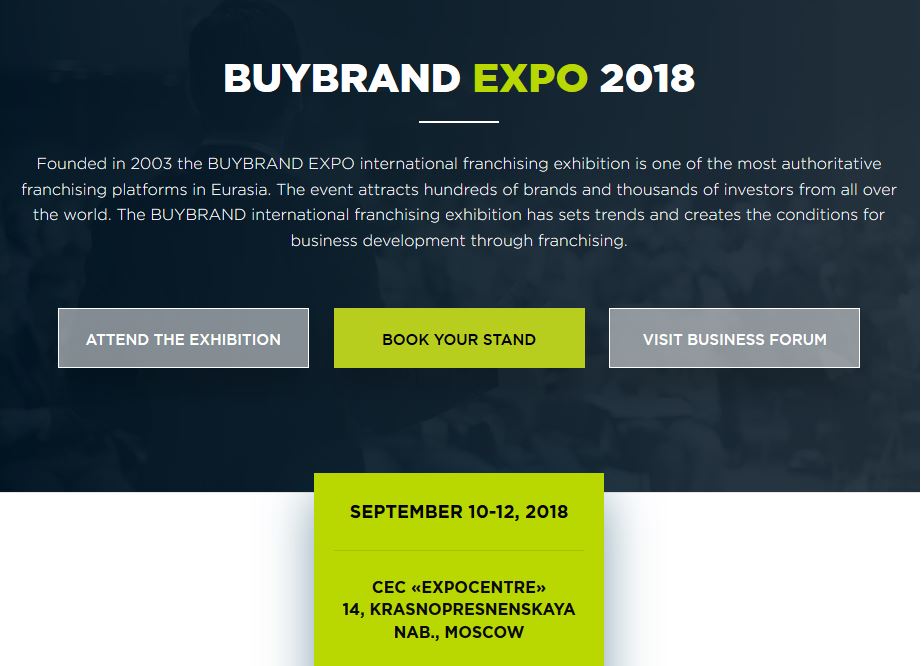 Being launched in 2003 as the first Russian franchise exhibition, BUYBRAND Expo has become one of the most significant events in the field of franchising in Russia and neighboring countries.

Within 16 years due to BUYBRAND Expo dozens of foreign brands entered the Russian market; hundreds of domestic companies expanded their franchising chains through the whole country. In total over 14 000 franchise units were opened in Russia and abroad due to BUYBRAND.

Business development through franchising is becoming a trend in Russia. This is largely due to the fact that franchises tend to be more stable. “During recessions, entrepreneurs prefer to invest in franchises rather than their own businesses. Every year, requests by Russian businessmen to acquire tried and tested concepts increases by 15-20%”, says Ekaterina Soyak, EMTG General Director, organizer of the Exhibition.

Commercial real estate market in Russia is developing. In 2017, area of more than 687,000 square meters was put into service in shopping and entertainment centers all over the country, while in 2018 more than 12 malls are to be opened just in Moscow with a total area of about 247,000 sq. m.

It is also worth taking into account that in 2018 Russia will hold the FIFA World Cup. Matches will take place in 11 cities of Russia. The infrastructure will remain after the tournament and will allow regions to attract more tourists after the World Cup. According to the Russian Union of Travel Industry, inbound tourism to Russia in 2017 grew by 20% since 2010, and the domestic tourist flow increased by 85% since 2010. This trend will continue in the foreseeable future.

Thus, it can be concluded that if a company is interested in new markets, it is high time to explore business opportunities in Russia and CIS, and at this point participation in BUYBRAND Expo can become the entry point to the market.

The Expo will provide an access to thousands of entrepreneurs capable of opening not only a single unit, but multiple ones. Moreover, nearly 7% of BUYBRAND visitors are potential master-franchisees. The audience comes from all over Russia and such countries as Kazakhstan, Azerbaijan, Georgia, Armenia, UAE, Belarus, Poland and others.

In 2017 14% of the participants were global giants (Carl’s Jr., Best Western, Papa John’s) and major Russian companies (Shokoladnitsa, Invitro, Gemotest, Kofe Khauz, 1C, Rosinter) with networks in over 300 locations. More than 30% of standholders were young regional companies. More than 25% of participants were foreign brands possessing a total of over 1000 outlets in various countries.

It is expected that in 2018 nearly 240 brands and over 8000 entrepreneurs and investors will take part in the Exhibition.

A music fiesta, a spectacular show 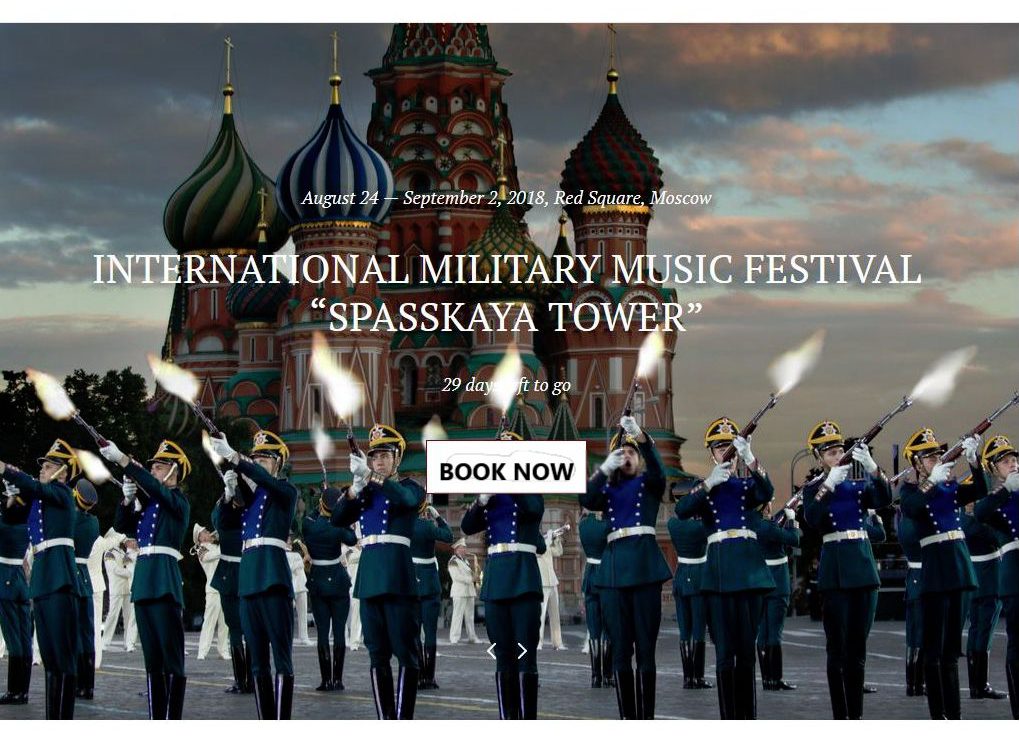 Spasskaya Tower is a music fiesta, a spectacular show, staged on the background of the monumental walls of the Kremlin, and a great ‘battlefield’ of the bands from different countries fighting for the love and admiration of the audience. The harmonious combination of military, classical, folk and popular music, military band parades and dance shows, laser and pyrotechnical effects makes the Festival one of the brightest and most memorable events of the year.

The Festival is held annually on Red Square.

At Spasskaya Tower everyone can find something to their liking: some people like clear, movements of military men, while others enjoy live orchestral music or cultural exchange with people from other nations. Children are also welcome: for them the Festival has prepared a number of master classes and a horse show. The audiences will also enjoy a lighting show projected to the St. Basil’s Cathedral; each night the event will close with majestic fireworks.

Ultimate simplicity and convenience for exhibitors

STONE INDUSTRY is a new title of EXPOSTONE exhibition which was launched in Moscow in 1999.

For the last 17 years the Exhibition has become the biggest in Russia and Eastern Europe international event for the entire natural stone industry, important event in this field worldwide.

The Exhibition provides the influential meeting platform for companies from Russia and abroad that work in the field of natural stone and their clients - professionals in stone, tools, accessories, chemical products, machinery and services for the stone industry, decision makers in construction companies, architects, interior, exterior and landscape designers, restorers, specialists of funeral services etc.

Countries – leaders in the global stone industry (China, Egypt, India, Iran, Italy, Turkey, etc.) are every year present by national pavilions - all this testifies that Russia is recognized as one of the leading countries in stone extraction, processing and application as well as the important world economic sector.

New title STONE INDUSTRY reflects the comprehensive format of the exhibition that represents the entire supply chain, from raw material to semifinished and finished products, from processing machinery and technologies to applications of stone in architecture and design. 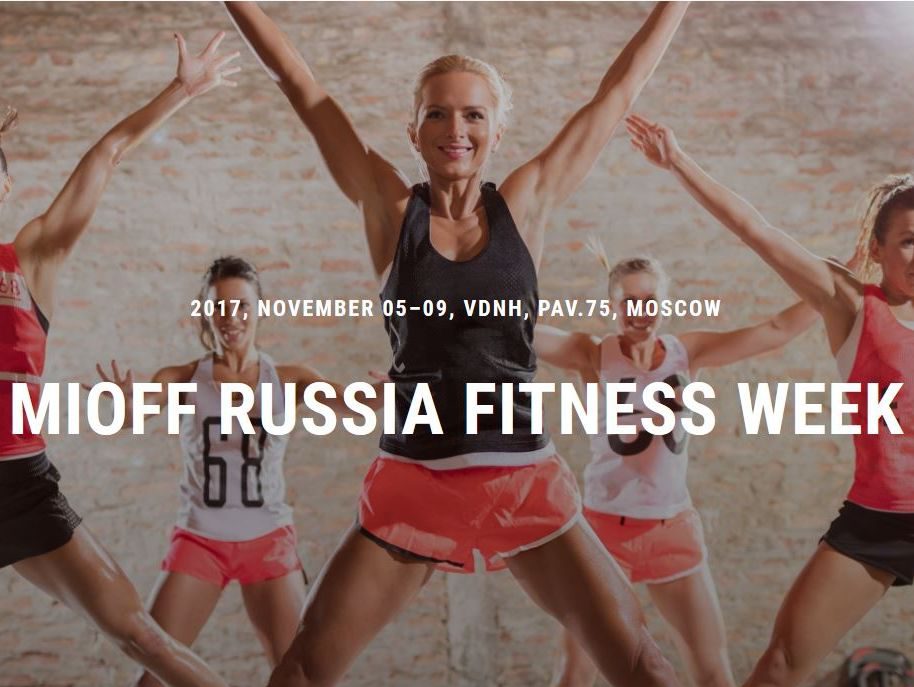 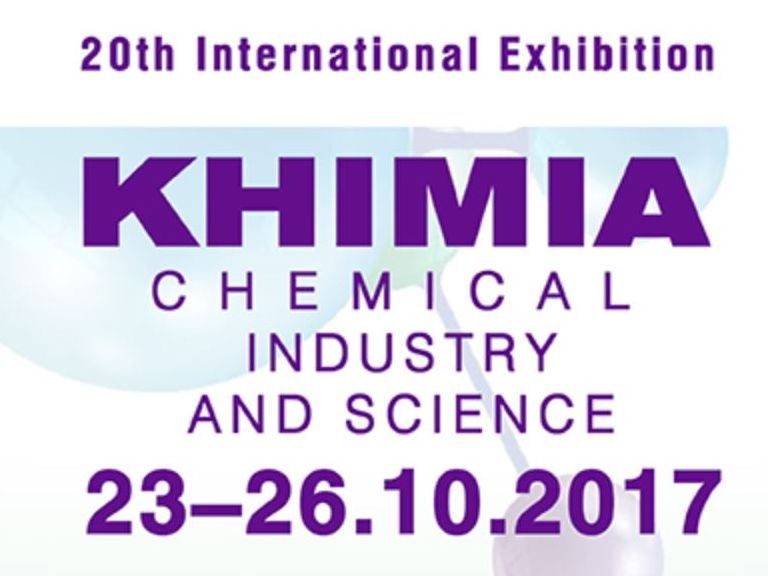 The Khimia international exhibition was first launched in Moscow in 1965 to become one of the most prestigious chemical trade shows. Its product sectors cover all sectors of the chemical industry offering a full picture of the current accomplishments of the chemical science used in various industries.

Khimia is a meeting place for chemical manufacturers, service providers, suppliers of the latest equipment, materials and technologies, and consumers from all over the world.

According to industry experts, Khimia has a great impact on development of the chemical, petrochemical and other industries, and promotes ties between Russian and foreign companies.

Khimia: global experience and current trends of the chemical industry 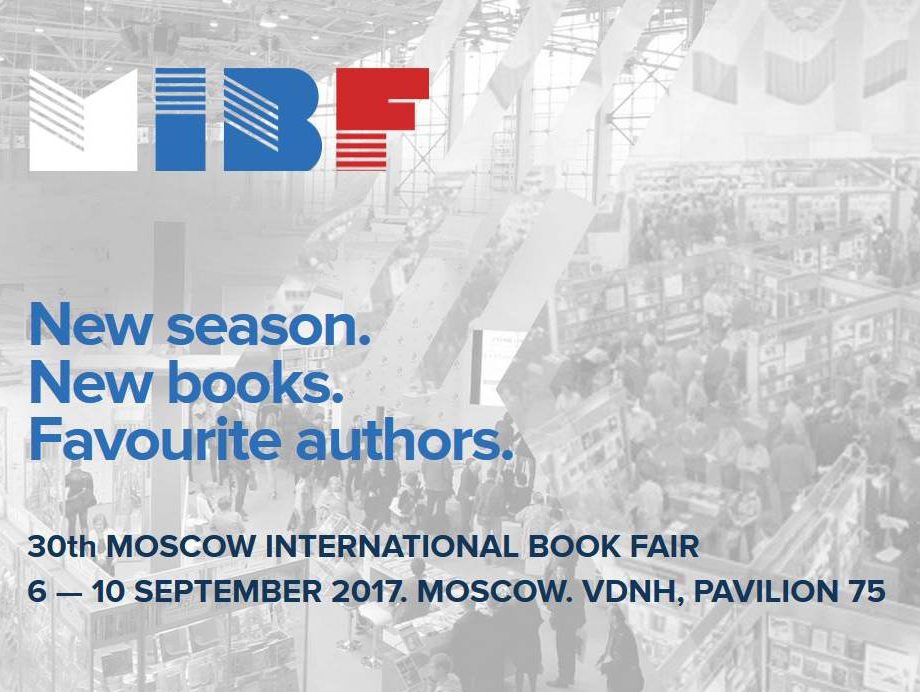 Moscow International Book Fair (MIBF) – the major book forum in Russia and over the CIS. This is the easiest way to enter the book market not only of Russia but also abroad to meet the possible readers all over the world.

- the most urgent information on conditions, trends and prospects of the book and printing industry development;

- copyrights (incl. in the Internet).

The iconic brand of VDNH EXPO 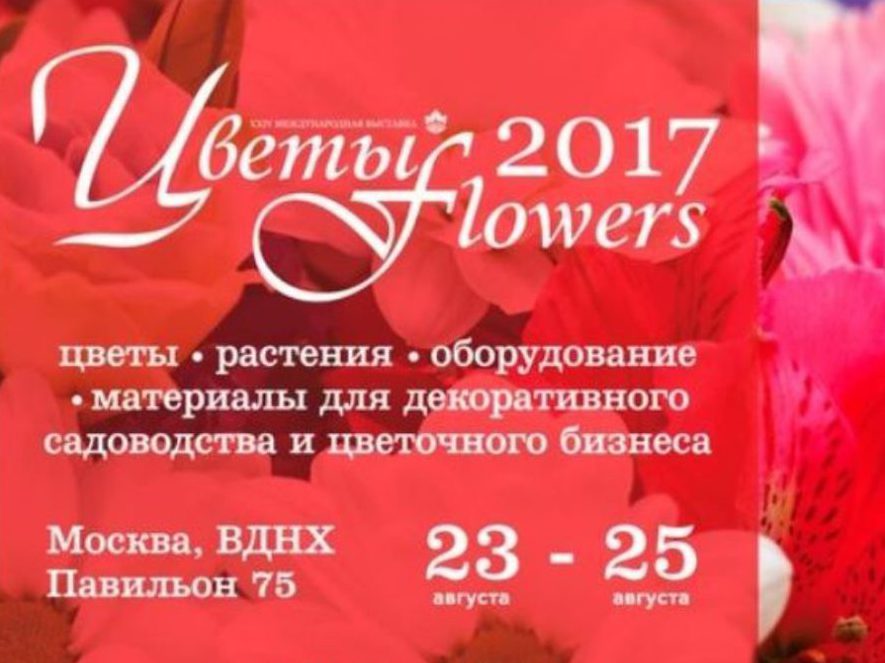 The International Exhibition of Flowers, Plants, Equipment and Materials for Ornamental Gardening and Flower Business Flowers — 2017 for more than twenty years has the status of the effective business- platform for development of horticulture, floriculture and city landscape design. The iconic brand of VDNH EXPO certified by UFI and RUEF and held under the patronage of the Chamber of Commerce and Industry of the Russian Federation and with assistance of the Agriculture Ministry of the Russian Federation.

Structure of the event:

A New Map of the World 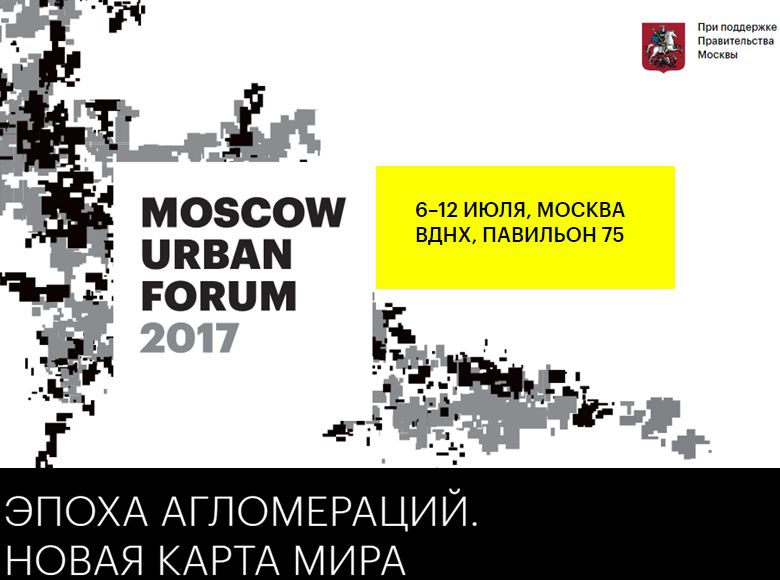 The theme of the 7th MUF — The Era of Agglomerations. A New Map of the World — will initiate a dialogue on the development of global megacities, and their impact on surrounding areas and the agglomeration development as a key driver of the national and global economy. For two days, July 6 and 7, Russian and international experts, urbanists, sociologists, economists, and government officials will be discussing the best urban solutions and the most effective change management models for the worlds largest cities, as well as outlining approaches to the strategic planning and management of the Moscow agglomeration.

The Forum will continue with the large-scale format and auditorium transformation begun in 2016. The business programme events will become more dynamic and informal, and include public interviews, author presentations, speeches by top speakers and expert discussions at both the Forum venue and online, using direct video conferences from different parts of Moscow and the world. The most fundamentally new format of 2017 is MUF Experimental Laboratories, a multidisciplinary two-week workshop that will bring together promising young Russian and foreign specialists and world-renowned curators. Its purpose is to elaborate on Moscow development project proposals, and the best ones will be presented at the closing sessions of the Forum.